Skip now if you aren't interested in Dancing With the Stars.....

My secret vice (well, maybe not so secret) is reality TV and one of my favorites is “Dancing With the Stars”. Or, as I prefer, “Dancing With the Hot Russian Boys”. Very, very lucky for me that my friend Betty is also a fan, and even better, has friends in the TV biz! So we were able to get on the list to attend the show! (And said list is very difficult to get on it seems.) So yesterday I got up when the alarm went off at 3:45 AM and was on a 6:15 AM flight to LA.

We’ll skip the breakfast, hang out at Betty’s office, lunch, more hanging out, changing into our cocktail party clothes (including make-up and heels—don’t tell my doctor or physical therapist!) part of the day and skip directly to THE SHOW!

The instructions were to arrive at 3:30 PM and park and then walk to the gate of CBS (why since the show is on ABC? We don’t know.) Stand in line and show ID to get through the studio gate. A short walk and stand in an even longer line to again show ID and get your hand marked. Go through bag check and all cameras and cell phones and Blackberries (horrors! Can we live without them?) taken. Go through the metal detector and then into the studio/dance floor/seating/stage/whatever you call it.

OMG..WE’RE HERE!  FOR REAL!! It looks just like it does on TV…except smaller! The dance floor was really small. Wow, who knew? We each had a little “r” on our hand which meant the right side, so we had to walk across the dance floor to our seats. Every seat in the place had a name on it and you looked for your name. Upstage is the orchestra pit and a small raised stage and the stair cases on each side where the dancers walk down to start the show. Stage right/house left is where the judges sit on a raised dais, with seats behind them (not good seats as you are looking at the judges butts all night). Downstage is where a normal audience sits at a theater. If you are in the lower rows, the big cameras and production people can be in your way. Stage left/house right is directly across from the judges and prime viewing (we were here). Then, there are two balconies.

We walked in and in the front row on our side we saw chairs with LaToya Jackson and Katherine Jackson. We were about 5 rows behind them. In the next section, directly across from the judges, there were about a million Osmonds. Well, maybe not a million, but a lot, including Donny’s wife and at least one of his sons (Don Jr.) and Jay Osmond, the Osmond brother I had a crush on in high school! And the second generation of Osmonds? Very handsome. Julianne Hough was in the audience. Post-show, Tony Devolani (sp?) was there. We looked hard for Maks and Alec but no Maks or Alec.   L

Everyone had to be in their seats by 4:30 PM as the show went live at 5:00 PM (8:00 PM East Coast time). Everyone was seated except the two Jackson women who came in at 4:25 PM. We’d been instructed to clap A LOT going in to and coming out of commercials and then during the dances whenever the dancers did something tricky or nice. And when the judges were giving their comments and scores, we were told to react however you wanted—liking the scores or dislike.

Specific comments about the dancing and dancers:  First up was Dmitry and Maya (jitterbug). Dmitry is HOT HOT HOT! He knows how to make it look like he’s having fun. Maya was a bit stiff in that regard.

Sabrina the Witch girl and Mark B/waltz.  She was painful to watch. She looked scared to death the entire time and the waltz didn’t flow. He had a fake, pasted on smile the entire time and you could see he was really driving her around the floor with his hand on her back, instead of waltzing.

Iron Chef dude and Lacey/jitterbug:  He has a smokin’ bod (all those years of martial arts) and he was fun to watch. I hope he sticks around for awhile.

Aaron Carter and Karina/waltz:  He bugs me, as does she. Though she had on a gorgeous dress. That’s about all I can say.

Michael Irvin and Anna/waltz: His best dance. They were fun to watch. She had on a beautiful, beautiful dress. I would have worn it to work today if I could! Ha ha.

Kelly Osborn and Louis/jitterbug:  Her dress was very cute. It looked much better in person than on TV (as did all of the clothing). But she looked a little scared/stressed the whole dance. Overall they were fun to watch.

Snowboarder Louie and Chelsea/jitterbug:  He is one of my favorites even though he’s not the best dancer. They were fun to watch and it looks like they really like each other (as opposed to frozen pasted on smiles of others).

Model Joanna and Derek/waltz: Another fantastic dress!! They were very good.

Donny Osmond and Kym/jitterbug:  The best dance of the night. Betty and I had laughed about having Donny posters on our wall growing up and then seeing him on the show and all the women who were going nuts for him (a HUGE Donny fan base onsite last night). Well, seeing him in person and he’s way better looking in person! He’s pretty buffed and a lot more handsome than he appears on camera. Donny got a couple of new fans last night!

After the individual dances, there was the “dance off” and the dance was the mambo. All the couples started out dancing and then one-by-one, the judges raised a paddle with a couple’s name on it and one of the stage hands would tap them out. It came down to Mya and Dmitry and Joanna and Derek as the final two and Joanna and Derek won. Then, it was over.

The judges, Tom and Samantha:  Usually Len is the grumpy one but last night he was in a good mood, playing off the audience. Carrie Ann was the bitchy one and Bruno seemed preoccupied or something. When the host Tom Bergeron is talking, you can barely hear him in the studio. I’m going to have to watch the playback to take it all in. Samantha Harris was mostly back in the red room. She was on the dance floor at the beginning and she had a gorgeous dress on.

After the show was over we got the Blackberry, our parking voucher and hiked back to the car. All in all, a very, very fun time. I’d go back again for sure. THANKS BETTY! 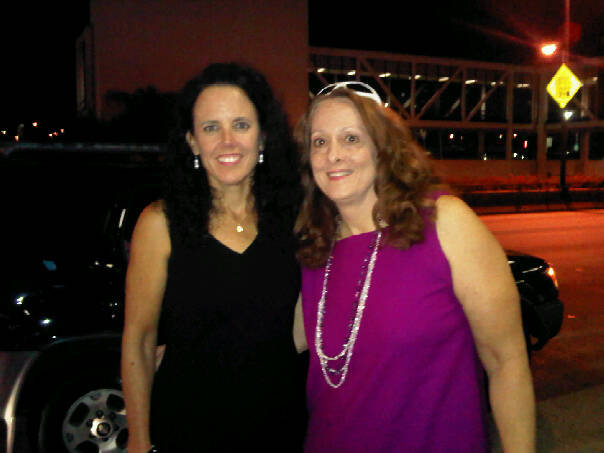 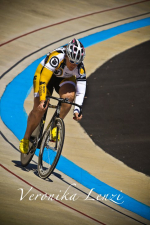